On the borders of being and knowing
Terug
Delen
Link kopiëren

On the borders of being and knowing

Late scholastic thoughts of supertranscendental being 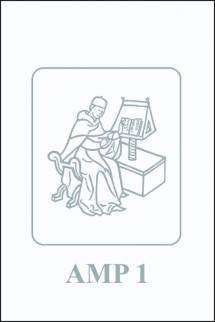 Sylvester Mauro, S.J. (1619-1687) noted that human intellects can grasp what is,what is not, what can be, and what cannot be. The first principle, ‘it is not possible that the same thing simultaneously be and not be,' involves them all.

The present volume begins with Greeks distinguishing ‘being' from ‘something' and proceeds to the late Scholastic doctrine of ‘supertranscendental being,' which embraces both. On the way is Aristotle's distinction between ‘being as being' and ‘being as true' and his extension of the latter to include impossible objects. The Stoics will see ‘something' as the widest object of human cognition and will affirm that, as signifiable, impossible objects are something, more than mere nonsense. In the sixteenth century, Francisco Suárez will identify mind-dependent beings most of all with impossible objects and will also regard them as signifiable. By this point, two conceptions will stand in opposition. One, adumbrated by Averroes, will explicitly accept the reality and knowability of impossible objects. The other, going back to Alexander of Aphrodisias, will see impossibles as accidental and false conjunctions of possible objects. Seventeenth-century Scholastics will divide on this line, but in one way or another will anticipate the Kantian notion of ‘der Gegenstand überhaupt.' Going farther, Scholastics will see the two-sided upper border of being and knowing at God and the negative theology, and will fix the equally double lower border at ‘supertranscendental being' and ‘supertranscendental nonbeing,' which non-being, remaining intelligible, will negate the actual, the possible, and even the impossible.

Reviews 'On the borders of being and knowing'