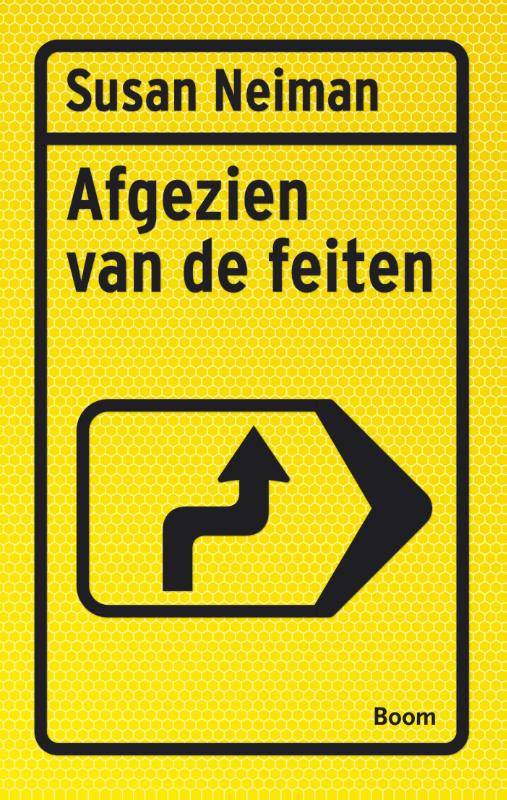 Laudatio for Susan Neiman, at the occasion of the International Spinoza Award 2013-2014

What is the meaning of good and evil in the 21st century, and what is the role of ideals in politics? By selecting Immanuel Kant as the ‘dead philosopher’ and Susan Neiman as the ‘living philosopher’ for the International Spinoza Award (2013-1014), the jury did not hesitate to put these questions – on good and evil and on political ideals – center stage in our deliberations and in the public debate we call for. Obviously, if there is one thing Susan Neiman’s whole oeuvre convincingly shows, starting from her 1994 book on The Unity of Reason: Rereading Kant, it is that Kant’s philosophy is far from ‘dead’, on the contrary.

Susan Neiman was born in 1955; she studied philosophy at Harvard and the Freie Universität Berlin, and taught philosophy at Yale and Tel Aviv University. Today she is Director of the Einstein Forum in Potsdam. Professor Neiman received critical acclaim for her book Evil in Modern Thought: An Alternative History of Philosophy, published in 2002. This magnum opus was alternative in many ways, let me underscore two of them. First, it took the theme of evil as a lens for understanding the history of philosophy, and thus broke away from the traditional approach to modern philosophy as divided into rationalist or empiricist responses to the problem of knowledge. Second, the book was alternative in emphasizing the importance of narrative interest in working with the history of philosophy. Neiman’s skills as a storyteller of the philosopher’s struggle for meaning are impressive, and support her claim to write for both professional philosophers and those who are not. The added value of that ‘storytelling’ approach is not only that philosophy thus becomes accessible to a wide audience. Neiman also shows that we cannot live without philosophy: the fundamental question whether and how we can make sense of the world has to be conquered by every individual herself. This tireless engagement with the public at large, was one of the reasons why the jury considered Susan Neiman an outstanding candidate of the International Spinoza Award. That remarkable quality of her work is well illustrated in Neiman’s essay about the book of Job, which is the final essay in a collection published by the International Spinoza Award Foundation and publishing house Boom, for this special occasion. (The collection’s title is Afgezien van de feiten.)

In her next book, Moral Clarity: A Guide for Grown-Up Idealists, published in 2008, Neiman applies her fundamentally Kantian insights to the political agenda of this century. Neiman positions herself on the political left, but the book is critical of both the right and the left, and it is boldly ambitious in this endeavor. As Neiman formulates it herself, her book on Moral Clarity ‘aims to offer a twenty-first-century framework for an Enlightenment standpoint that no twentieth-century political direction succeeded in making its own.’ Neiman’s goal is, first, ‘to take back the Enlightenment from the claims that surround it: that the Enlightenment held human nature to be perfect and human progress to be inevitable, reason to be unlimited and science to be infallible, faith to be a worn-out answer to the questions of the past, and technology a solution to all the problems of the future.’ In doing so, she retrieves values – happiness, reason, reverence and hope – (values) that were fundamental to Enlightenment thinkers of the 18th century, but also offer a moral vocabulary for today. In very simple words appealing to many people who are engaged in politics, she explains why the distinction between ‘is’ and ‘ought’ is the most important distinction we have to draw, and why we have to draw it carefully and thoughtfully. Let me quote: ‘For we are indeed torn. We want a worldview that doesn’t blink when confronted with reality, that doesn’t wish away what it doesn’t wish to see. This is not pragmatics but pride: grown-up men and women look the world in its face. At the same time, we want a view that allows us not merely to resign ourselves to the reality that’s shaping us, but to play a role in shaping it. And most of us want to do so neither with weapons nor with soft power, but with the real power that the ideas of Enlightenment once possessed.’ (p. 90).

In reconnecting with the Enlightenment, Neiman also offers an answer to the problem of fundamentalism and religious terrorism, which she sees as fuelled, in part, by the desire for transcendence. A cynical response, which interprets fundamentalism as merely reflecting a need for certainty, will not be able to answer it. ‘It will not work if we don’t understand that the longing for transcendence is a longing for freedom as least as much as it is a longing for certainty. (…) Immanuel Kant’s work can be used, according to Neiman, to provide a metaphysics capable of meeting our needs both for truth and for freedom.’ (p. 117-118). Whether or not one agrees with this diagnostic – I, for one, agree with it, but you may discuss it – the jury of the International Spinoza Award highly values this drive to understand a key challenge of our time through the philosophical resources we do have at our disposal, and to formulate credible answers embedded in robust philosophical thinking. The role of ideas, ideologies and ideals is indeed crucial in politics.

In one of the essays published by the International Spinoza Award Foundation and Boom, Susan Neiman revisits Hannah Arendt’s Eichmann in Jerusalem. She concludes as follows: ‘While new revelations about Eichmann do not undermine Arendt’s core claim that evil intentions are not necessary for evil action, they do suggest how important it is to think more seriously about the role ideologies play in intention. Eichmann was not a bureaucrat, but neither was he a sadist nor a psychopath, or even in an ordinary sense corrupt; rather, he organized mass murder in service of an ideology to which he was completely devoted.’ According to Neiman, the standard liberal reaction – so much for ideologies, let’s focus on self-interest – will not carry us through the 21st century, if only because few people can live on bread alone. The jury couldn’t agree more.

In her most recent book (Why Grow Up?), Susan Neiman returns to the question what it means to grow up. Growing up is more a matter of courage than knowledge. Courage is needed to acknowledge that both ideals and experience make equal claims on us. We must learn the difference between ‘is’ and ‘ought’, without ever giving up on either one. Thus, Neiman challenges the thrust of many of our educational debates today, with their single-minded focus on skills needed here-and-now in contemporary labour markets. The fundamental educational question is: ‘How do we prepare a child for a world that is not the way it should be?’ We look forward to hear more about this in Susan Neiman’s lecture today. But before listening to her, I would like to invite both Professor Neiman and the Mayor to come forward.